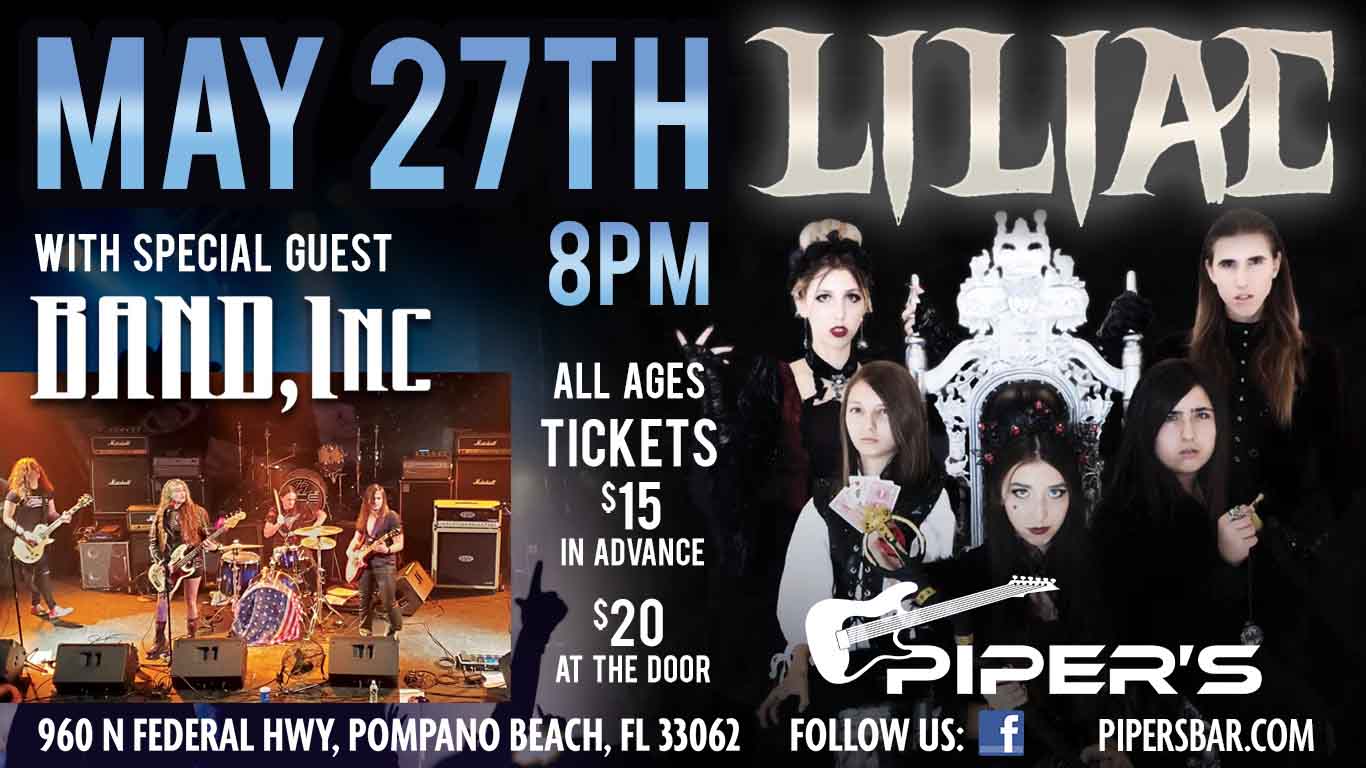 Liliac is a 5-piece Los Angeles-based, family Rock/Metal band, “Liliac” has taken
over the world by storm. This female-fronted band consisting of all
siblings’ ages 12-21 has brought a unique and fresh sound they call
“Vamp Metal”.
They released
their first EP “Chain of Thorns” in 2019, which hit #1 on Amazon’s Best
Seller for Rock Music Charts. In the summer of 2019, their first North
American tour consisting of 40 dates brought in thousands of fans and
sold-out shows, which was a huge success for the band.
Band Inc. is a rock band from New Bedford, MA founded by lead singer/bassist Giuliana Lucia Amaral.